3 Snowboard Jumping Techniques that make you a Sicko Snowboarder. 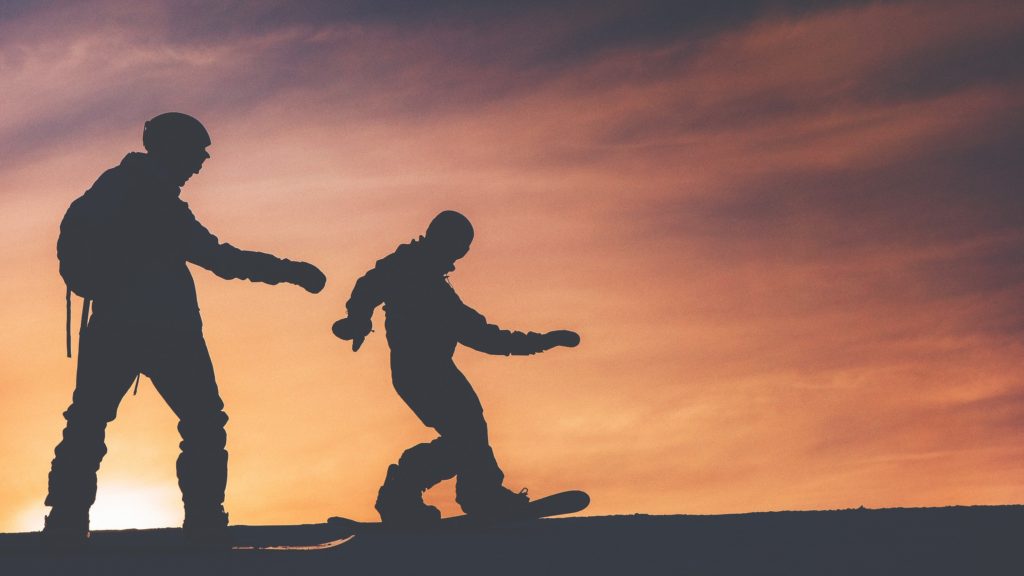 Question: What Snowboard jumping technique should you be using to hit a Jump?

Not sure…If you said ‘The pop’ Technique, then you would be right!

Our snowboard jumping technique can be defined by 3 different styles. Each has it own purpose and each has its own unique challenges…

Especially true for one of them

But more on that later…

The 3 snowboard jumping techniques I’m talking about are:

In most cases you will be using the Ollie or the Pop as your preferred jumping technique, but every now and again, you will be forced to perform the Nollie!

“what the hell is a Nollie?”

So where would be the idea place to use these jumping techniques?

Let’s start with the Ollie on a snowboard

Because this jumping style is creating a lot of energy when we leave the snow on our snowboard, it is ideally used for jumping onto rails or boxes.

How to Ollie on a Snowboard:

Step 1: Standing in a stationary position I want you to imagine your Ollie like a loading a gun and then firing it.

Step 2: Start by shifting your weight forward over the front foot and loading up pressure through our snowboard. (This is what we call loading the gun)

Step 3: Once you have shifted your weight forward, I then want you to shift your weight to the back of the snowboard. (This is what we call, clocking the gun)

Step 4: Then at the same time lift your front foot and jump off the tail of the snowboard.( we call this firing the gun).

Practice this technique until it becomes a smooth fluid motion.

Where: Flat land then while snowboarding down the hill.

It is also used for Jumping over obstacles around the ski resort, jumping in powder and in general, we use this Jumping technique to ensure we have enough height to clear most obstacles on the hill.

So Where wouldn’t you use this technique?

You would not use the Ollie (in most cases) Going off jumps in the park for example, nor would you use it to launch yourself out of the Halfpipe.

The Ollie is a great technique for creating Air-time between you and the snow….

It’s not that great when you have extra speed involved? Like going off a Jump!

The problem with an Ollie when going off a jump is that it becomes a whole lot easier to lose control and be thrown off  balance while in the Air!

And that’s where our other snowboard jumping technique called ‘the pop’ comes in!

How to Pop off a Jump Technique:

The pop technique is mainly used for when we already have a platform to launch off!

This could be a jump for example, out if the Halfpipe, off a cliff, off a bank or off a cat track.

The pop jumping technique doesn’t create as much height as our normal Ollie, but with the extra speed that is created by hitting some of these features around the mountain, we don’t need to create the height

The feature (jump) naturally does it for us!

All we need is to create a platform where we are in control and stable when flying through the air!

The pop technique is simple but very effective and is perfect for learning new tricks off the Jumps.

So how do you do it? 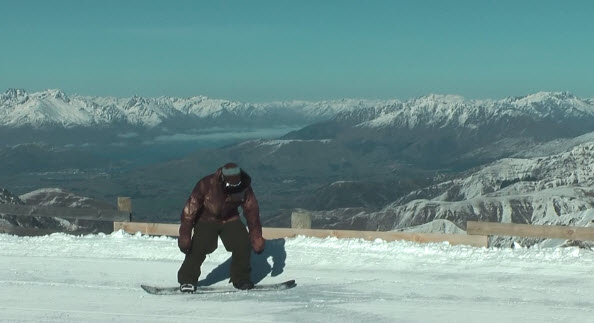 Step 1: When jumping off both feet, generally you will favor your Toe side edge, You can jump off your heels but for the meantime, I recommend just jumping off your toes! 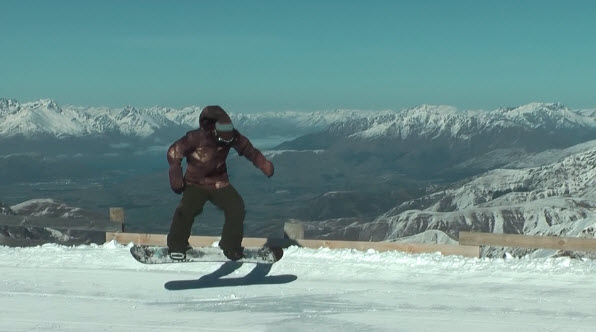 Step 3: Make sure your center of mass is over the snowboard, you’re relaxed and you’re not breaking at the waste!

If you are breaking at the waist, you will want to fall forward when you leave the snow, If you implement the technique correctly, you should be able to jump and land on the same spot easily.

Once you feel comfortable with jumping when not moving it’s time to add some speed into the progression..

NOTE: When you’re ready to try it off your heels, just follow the same progression.

Where: Stationary then up on the mountain while snowboarding

Practice this unto you can jump off both feet and stay balanced in the air.

PRO TIP: Try and imagine yourself becoming extremely light in the legs when you are about to leave the lip of the jump, start practicing lifting (sucking) your legs up into your chest, hold the position and then put the landing gear down to ride away smoothly.

Become one of the 3% of snowboarders who can actually ride the mountain…Discover All the Secrets to snowboarding you’ve ever wanted to know!

Over 158 Snowboarding tutorials and Endless advice and Free Profession Video analysis feedback to turn you into an Advanced snowboarder. 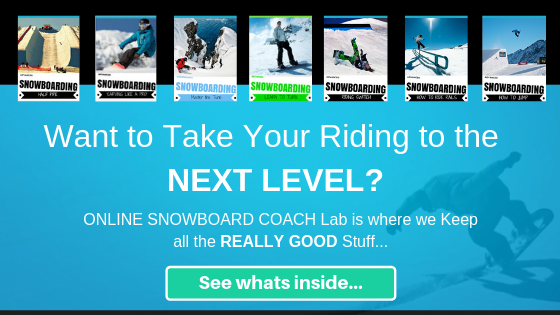 The other snowboard Jumping Technique is called the Nollie:

This is a combination between and Ollie and a nose press, essentially we are jumping off our nose of the snowboard and lifting the tail up when we are flying through the air.

The Nollie is a more technical trick and is a bit more advanced for the average snowboarder, but let’s give a go anyhow!

Step 1: Instead of loading up the nose with pressure then transferring it back to the tail of the snowboard,

Step 2: This time we are going to load the nose up with pressure, lift our back foot off the ground and then jump off our nose, Remember to keep a strong basic stance over your snowboard!

This jumping technique is more used for rails and small terrain features like roll overs etc.

Where: Stationary then while snowboarding down the hill.

Where and when would you use a Nollie?

This jumping technique is more used for adding another dimension of style…you would use this when performing technical tricks onto rails, off cat tracks, performing presses (nose/tail) etc.

How do you hit a jump with these Techniques?

This is a very common question that arises all the time.

First of all, you need to know we are going to be performing a pop jump. (jumping off our toe edge!)

First step: watch other riders hit the jump and try to anticipate there speed. Are they making the landing?

Are they over shooting it? Too short?

You want to leave the lip and land on the down transition of the jump!

Watch the speed of someone who lands it perfectly and then make a mental note of where they started to straight line (point snowboard straight) it into the jump itself!

Once you think you have a good starting point, its time to basically point your snowboard straight and follow the same line as the person who nailed it previously.

You can basically switch from heel to toe on the way down, just remember that when you leave the take-off, you want to be on your toe edge.

Here’s a tip: 10 ft before the lip, rock onto your toe edge and get ready to fly!

Just as you are about to leave the lip, make sure you have flexed knees and are feeling relaxed. (Strong basic stance)

Slowly pop off the toes just as you hit the lip and start sucking the legs up into your chest.

Keep the body position low and centred, arms out for extra balance. Spot your landing, relax the legs and ride away like you owned it!

How do you Perform Tricks on your Snowboard with balance and control? 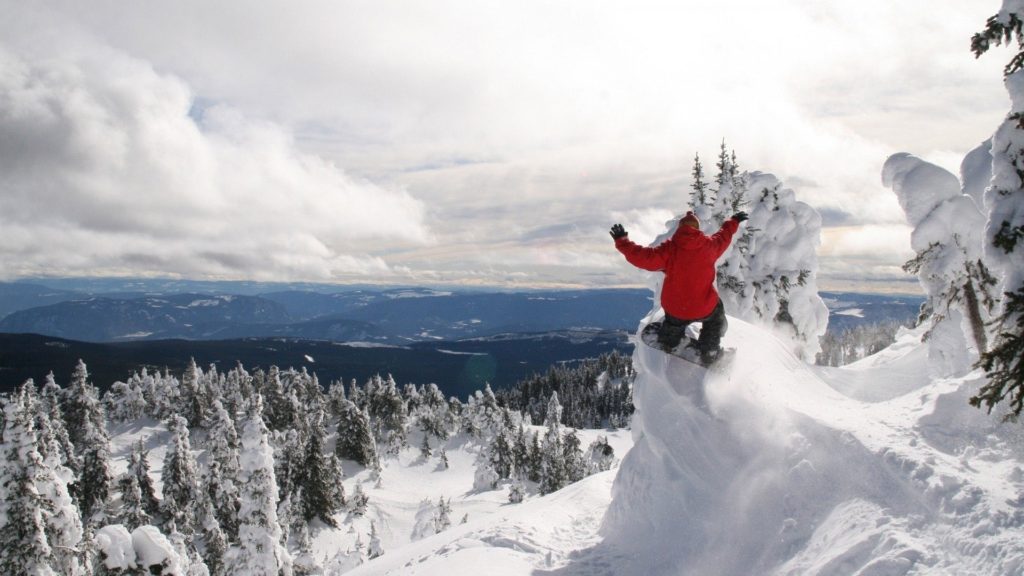 Let’s zoom in and break the movements down so you can greatly increase the chances of you stomping jumps and tricks by 100%.

The trick to creating a platform for performing most basic grab tricks is relaxation and stance.

As you are coming into the jump, visually check your stance and make sure your upper and lower body are in alignment with your snowboard.

Yours knees need to be relaxed and light, as you pop off both feet, make sure you have even weight on both feet and keep your arms out and to the side.

Once you leave the lip…

It’s at this stage where you are sucking your knees up and getting ready to grab.

Focus on one step at a time, take off, knees and then the grab, eventually you’ll speed the motions up and tricks will start happening more naturally for you!

Become one of the 3% of snowboarders who can actually ride the mountain…Discover All the Secrets to snowboarding you’ve ever wanted to know!

Over 158 Snowboarding tutorials and Endless advice and Free Profession Video analysis feedback to turn you into an Advanced snowboarder.

How to jump off a cat track or bank on Your Snowboard?

What you should be thinking about when you’re about to jump off a cat track on your board?

First of all, it helps that you know your landing, or at least you can swing around and spot your landing before you actually launch.

You either perform an Ollie or a pop off a cat track , depending on how much speed your taking into the feature will decide your fate….

Make sure you know that your landing is clear and obstruction free!

As you pop, suck your legs up and grab…it’s at this stage it will feel like you are flying, so try to stay relaxed and centred.

Spot you landing and relax the legs to get ready for impact.

Don’t try and stop straight away, most of the time, you’ll have excess speed so you must apply pressure with correct timing to slow down efficiently. (and Safely)

If you decide to slam the breaks on, you’ll chatter out and fall every time…

There is a period where you must commit to the speed in order to slow down safely.

So just try to relax into the speed and keep your composure!

Keep going and keep pushing your limits, welcome to Jumping!

NOTE: Want to learn how to stay balanced and controlled when Riding steeps on a snowboard? Simply download this bad habits cheat sheet to gain an unfair advantage on the hill. Learn what bad habits snowboarders make so you can AVOID them to progress faster and maintain balance and control easier…check it out now! 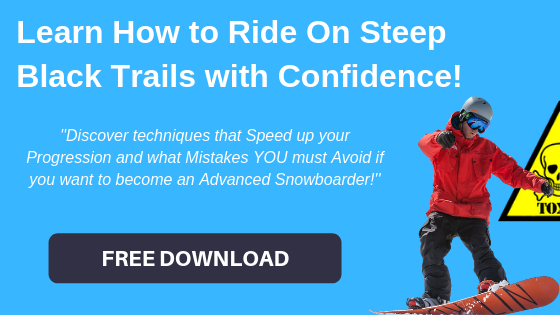 Have a question about our snowboard jumping technique post?