Angulation on the snowboard When Carving

As you become more familiar with the movements of Angulation carving on your snowboard, you will develop more confidence with earlier edge changes and the snowboard edge Tilt will increase in size!

Once you are comfortable linking edged turns (carving on a snowboard) on a variety of groomed terrain we can start to advance and adapt your skills for steeper pitches, higher speeds and increase the snowboard’s performance.

Today we are going discusses the technical aspects required for more advanced carving.

When carving at higher speeds and increased performance, the snowboard will bend more and the radius of the side-cut becomes tighter and more responsive.

As this happens the snowboard is able to make tighter turns that can change your direction very quickly across the fall-line.

Due to such quick edge changes in direction we now need to rotationally open our stance to be more active in moving towards the changing direction of momentum.

At this advanced level of carving we will start to align our upper body perpendicular to the angle of the front foot or even slightly past at higher speeds and tighter turns.

Now that your stance is more open towards the direction of travel, your lead shoulder should sit over the heel edge of the snowboard while the rear shoulder aligns over the toe edge. We can use this upper body position to create another point of angulation between the hips and shoulders.

Upper body angulation balances the COM (centre of mass) over the contact edge. 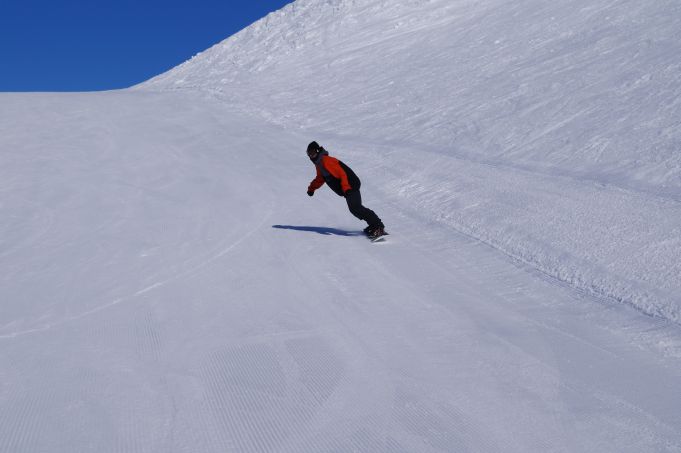 It is used to drive the pressures and forces of the turn down into the Snowboard edge. This allows you to hold a stronger edge, rather than having the forces directed down the fall-line creating skid or drift at the completion of the turn.

Ultimately, Angulation will help balance and control the power of your turn a lot more efficiently when Carving with higher speeds. It is a Higher end Advanced training module but it are looking at taking your riding all the way to the top, then it is vital you learn how to use Angulation on the snowboard correctly!

RELATED: How to control speed when carving

NOTE: Want to learn how to stay balanced and controlled when carving on a snowboard? Simply download this CARVING snowboarder roadmap to learn all aspects of learning how to carve. Learn what bad habits snowboarders make so you can AVOID them to progress faster and maintain balance and control easier…check it out now! 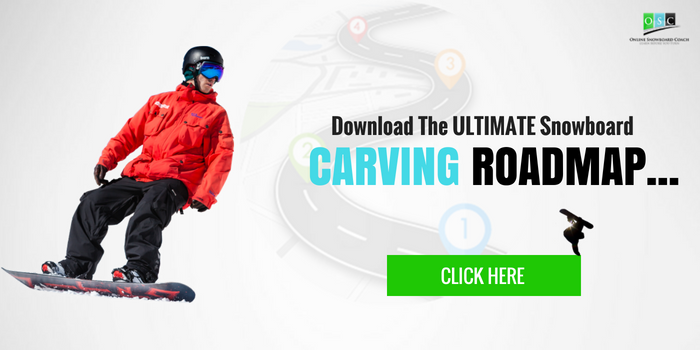 Still Have a question about snowboarding?